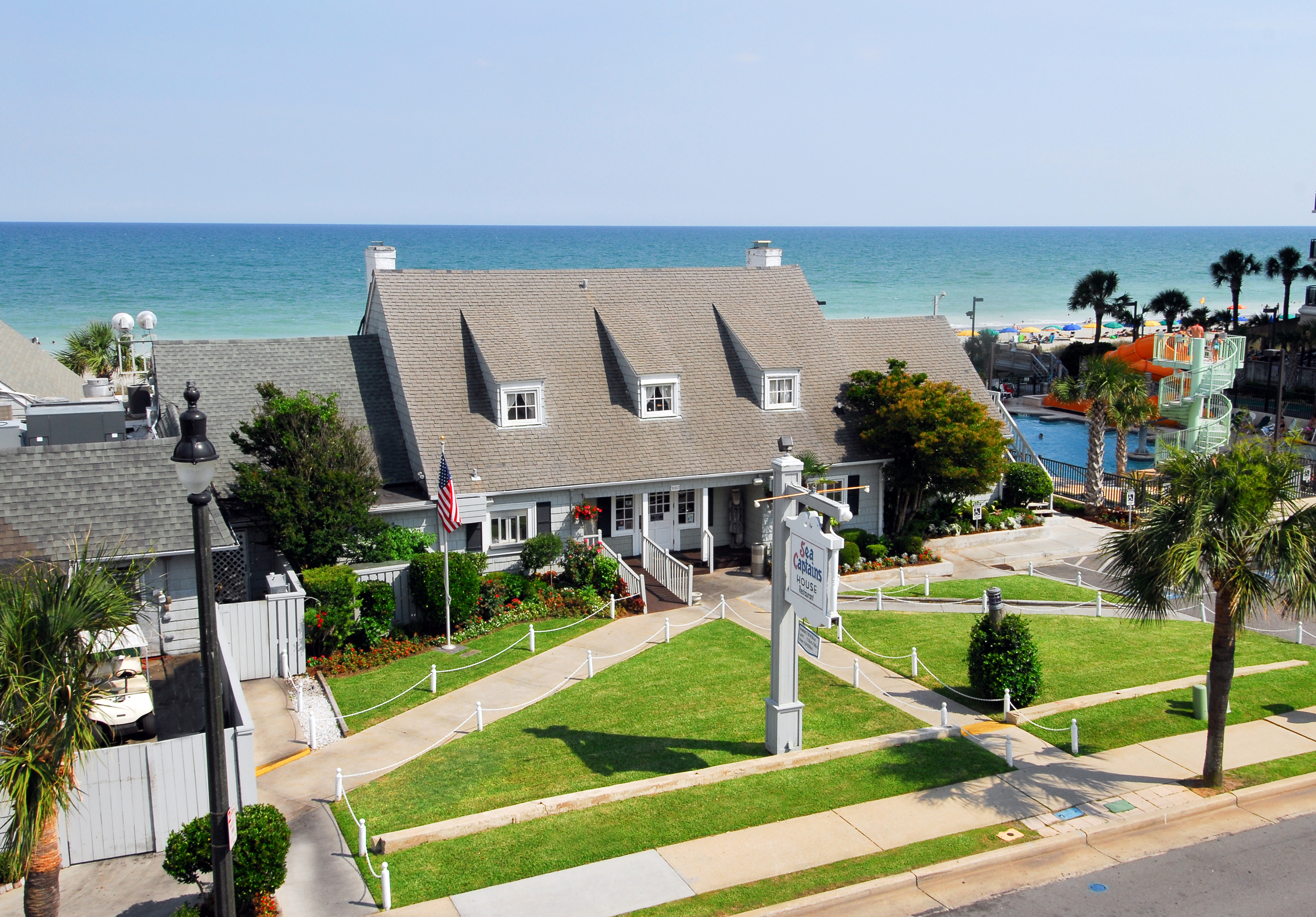 Who says it doesn’t pay to delay? Certainly not the historic Sea Captain’s House in Myrtle Beach. If the owners had gotten their way, this award-winning restaurant would not be here today.

Housed in an old beach cottage on the Myrtle Beach oceanfront, conveniently located next door to the Caribbean Resort, the Sea Captain’s House has been serving seafood and Southern cuisine to hungry vacationers and savvy locals since 1953. Not bad for a place that was slated for demolition to make room for a high-rise hotel on the property.

But as the plans were delayed, the “temporary” restaurant continued to grow in popularity into the world-famous eatery it is today. More than six decades later, the Sea Captain's House has been serving up some of the best seafood on the Grand Strand in one of the most unique oceanfront settings.

Over the years, rooms were added to accommodate the increasing crowds as word got out about the best-kept secret in Myrtle Beach. When Southern Living magazine named it the best seafood restaurant, the secret was out and thousands were flocking to Sea Captain’s House for a heaping helping of fresh local seafood and Southern hospitality with an ocean view.

Of course, location plays a big role in the Sea Captain’s House’s popularity. Large pane-glass windows overlook the Atlantic Ocean from the large dining-room area and a back porch area provides the perfect place to escape the heat and the beach for breakfast, lunch or dinner in the ocean breeze.

The beach cottage atmosphere and Southern charm are only part of the recipe to the Sea Captain's House’s unexpected success. It's the award-winning food, focusing on Lowcountry cuisine and Southern cooking, that keeps people coming back for seconds, thirds, and eventually 60 years of repeat customers.

It all starts with breakfast, which is famous at Sea Captain's House because of the famous spread and the view of the sun rising up over the ocean. Featuring traditional favorites, such as omelets, French toast and even seafood classics like shrimp and grits, Sea Captain’s House allows guests to start their days with a hot cup of coffee, a flavorful and filling meal and an incredible experience of watching sunrise.

But lunch and dinner are when Sea Captain's House really shines. The lunch specials are creative and delicious, featuring a wide selection of sandwiches, salads and soups, including their famous She Crab Soup and New England Clam Chowder. Try the Crab Cake Sandwich, the Captain’s Club or the Carolina Po Boy with shrimp and oysters.

In the evenings, the Sea Captain's House menu is wide open with a full menu and nightly specials, such as the fresh catch of the day prepared in one of the Sea Captain’s special ways. The traditional favorite for longtime guests are the famous seafood platters, which are piled high with goodies plucked from the sea.

Start your dinner with a delicious shrimp cocktail or the McClellanville Crab Dip, and an array of salads are topped with fresh seafood, like the Avocado Sea Fare with chilled shrimp, lump crab meat and the house Remoulade sauce. The most popular appetizer is the famous shrimp and grits with onions, bacon and celery.

Some folks swear by the shrimp and grits so much that they order a dinner portion, while others go for more traditional seafood fare, such as the Captain’s Seafood Muddle with sauteed shrimp, scallops, Fish, clams, mussels, bacon, potatoes and celery in a Saffron tomato broth, or the Stuffed Flounder filled with lump crab meat and topped with hollandaise. Be sure to save room for dessert, like the Key Lime Pie and Cheesecake of the Day, and enjoy the view and laid-back mood.